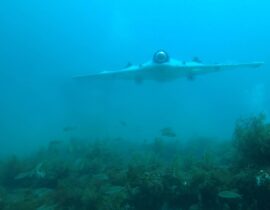 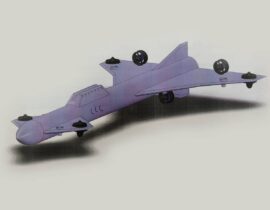 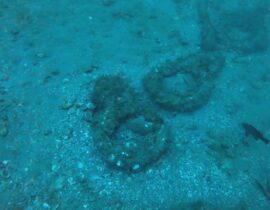 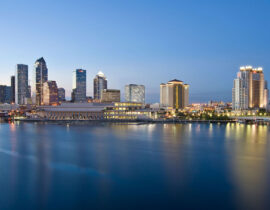 As in any undertaking, archaeological investigation is subject to the constraints of time and available resources. It is therefore important to attempt to focus efforts on sites that are likely to be of historical significance. The coastal waters of Florida have had a long and diverse history of maritime use, making it a prime location for underwater investigation. By a combination of understanding historic shipping lanes, ships known to have been lost and aquatic processes which affect the post depositional distribution of finds, it is possible to hone in on sites likely to be of historic significance and likely to produce fruitful results through further investigation.

An asset in the investigation of historic shipwrecks is contemporary documentation which may help in the identification of period wrecks. Archives in France, Spain, Cuba and Florida house extensive records concerning ships, crew and cargo during the Colonial period. While it is not always possible to link a specific wreck to a historically documented vessel, especially in the case of potential pirate or contraband vessels, historical sources prove invaluable in the interpretation of wreck finds. Multiple skills are utilized in the investigation of archival material, the reading of multiple languages as well as familiarity with historic calligraphy being perhaps paramount among these. Careful review of historic and archival material can be of great use in the identification, understanding and contextualization of archaeological sites.

The potential location of a wreck site may be observed from a combination of factors. Anyone who has been to the beach knows that tides can wash objects ashore. While such objects are usually refuse, it is not unknown for objects from historic shipwrecks to be found deposited on beaches by the incoming surf. This is exactly how Florida’s Treasure Coast received its name. Fishermen can also discover potential wreck sites during the normal course of their day to day operations. Sites can also be found during ecological investigation, such as the surveying of the sea floor. Once a potential site has been identified and deemed worth further investigation, a permit from the State is sought to conduct a preliminary investigation, such as a magnetometer survey, before further permission is sought for an on-site investigation. Seafarer also searches in other parts of the world for sites that contain valuable, cultural heritage.

Archaeology is inherently a destructive art. If an object is removed from its original find spot without its information being properly recorded, much of its scientific value is lost. As such, archaeology is not the hurried collection of treasure but instead is a process of careful recovery and recording in order to collect as much data as possible about the site before removal of any objects. This process begins by establishing a grid plan of the site so that all features and finds may be placed and recorded accurately in relation to the rest of the site. Other data collected includes the depth of the object or feature and the variety/coloration of the sediment around the object.

If it is decided to remove an object from its findspot after its discovery and recording, it is important to do so in a careful manner as to not damage the object nor to disturb any other objects or significant features in the vicinity. Using one’s hand to fan away sediment and gently remove the object is the preferred method for the recovery of submerged objects as this allows for the most careful extraction and visualization of context and is the least dangerous method to the integrity of the object or environment. If significant overburden is in place, it may be necessary to employ mechanical assistance such as induction dredging or prop wash deflectors. In any event, care is taken to have as little direct impact on the excavation environment as possible and to meticulously investigate the findspot of any object discovered during the archaeological investigation.